He was always nice

An Overview On Mass Shootings. 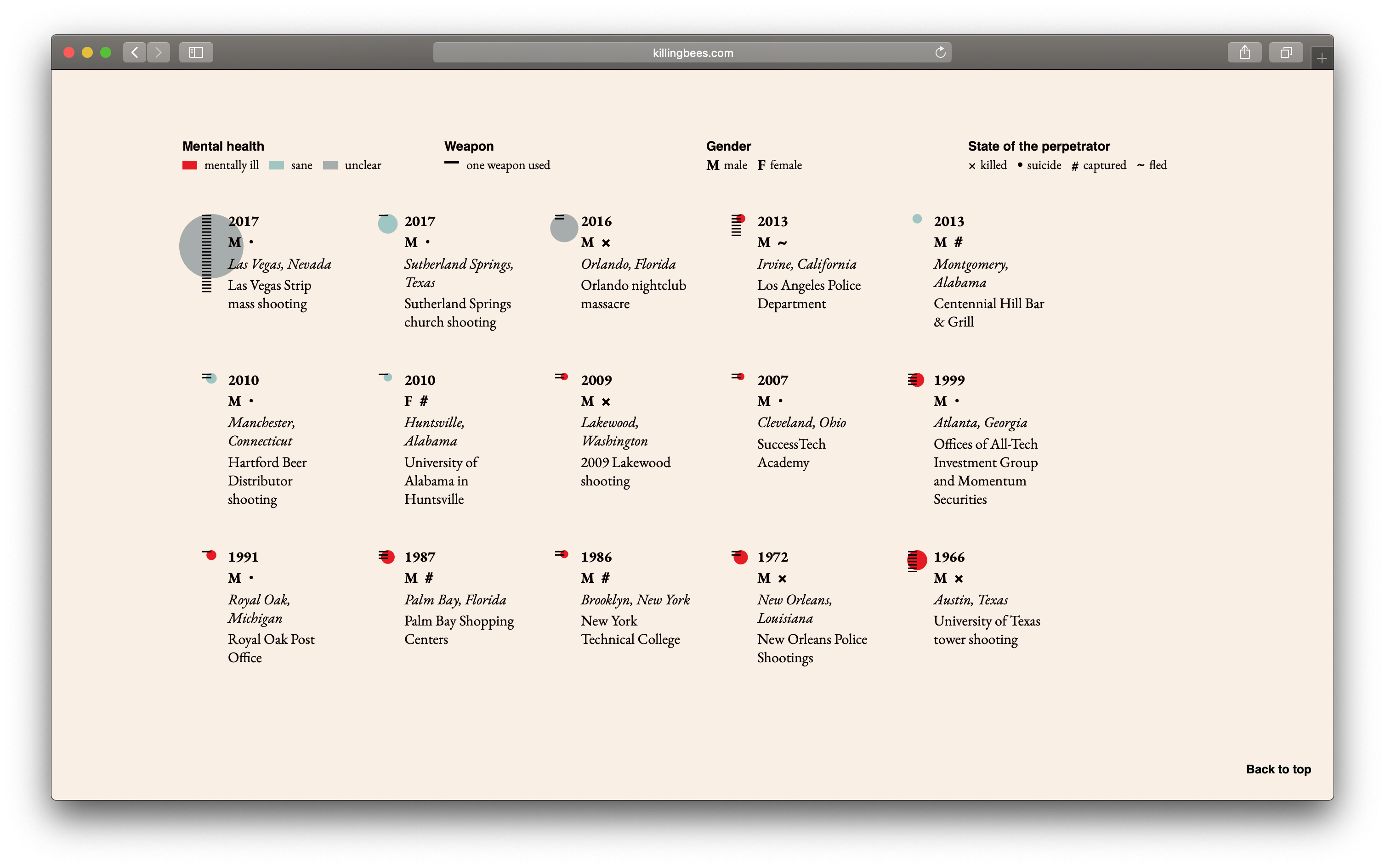 There is not yet a standard definition of the term mass shooting. The definition of mass shooting used by Stanford is three or more shooting victims (dead or injured), not including the shooter. The shooting must not be identifiably gang, drug, or organized crime related.Only episodes with more than four victims were considered. From 1966, the year of the first recognized mass shooting, to 2017, a total of 358 events occurred. 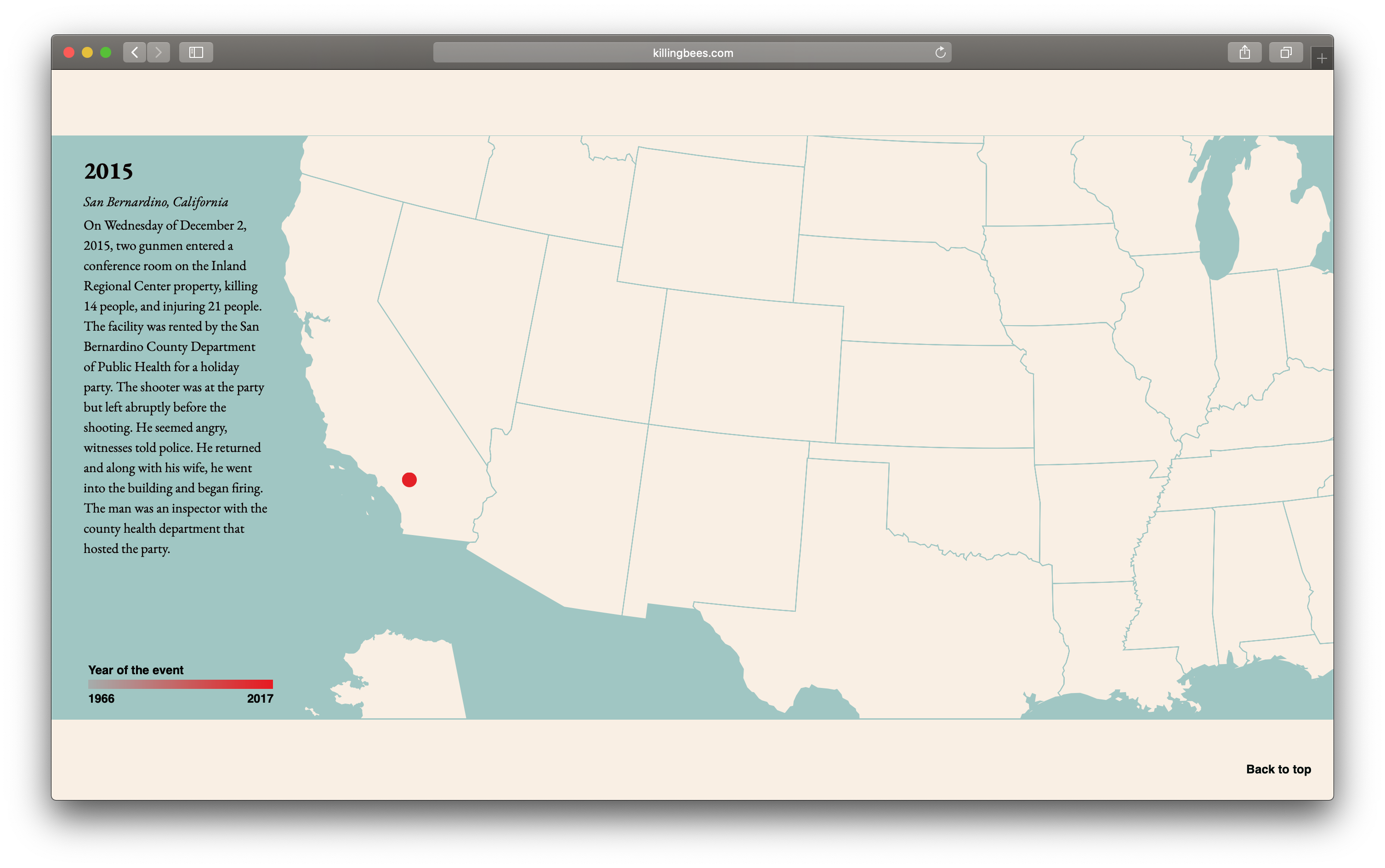 He was always nice is an interactive and explorable website about mass shootings, as seen through the eyes of data visualization. Starting from 1966, the FBI, and later the Stanford University, collected and analyzed 358 different unique cases of mass murders in the US that happened until the end of 2017. The number of unique cases is based on the previous definition, that we adopted for this analysis. But while reading about single episodes, having a comprehensive overview on all recorded events shines a new light on the issue: comparing the most infamous events to one another, mapping all incidents and crossing victims with gun controls laws and bills allows the reader to connect points and gather information both on a bird's eye view and on a more intimate level. 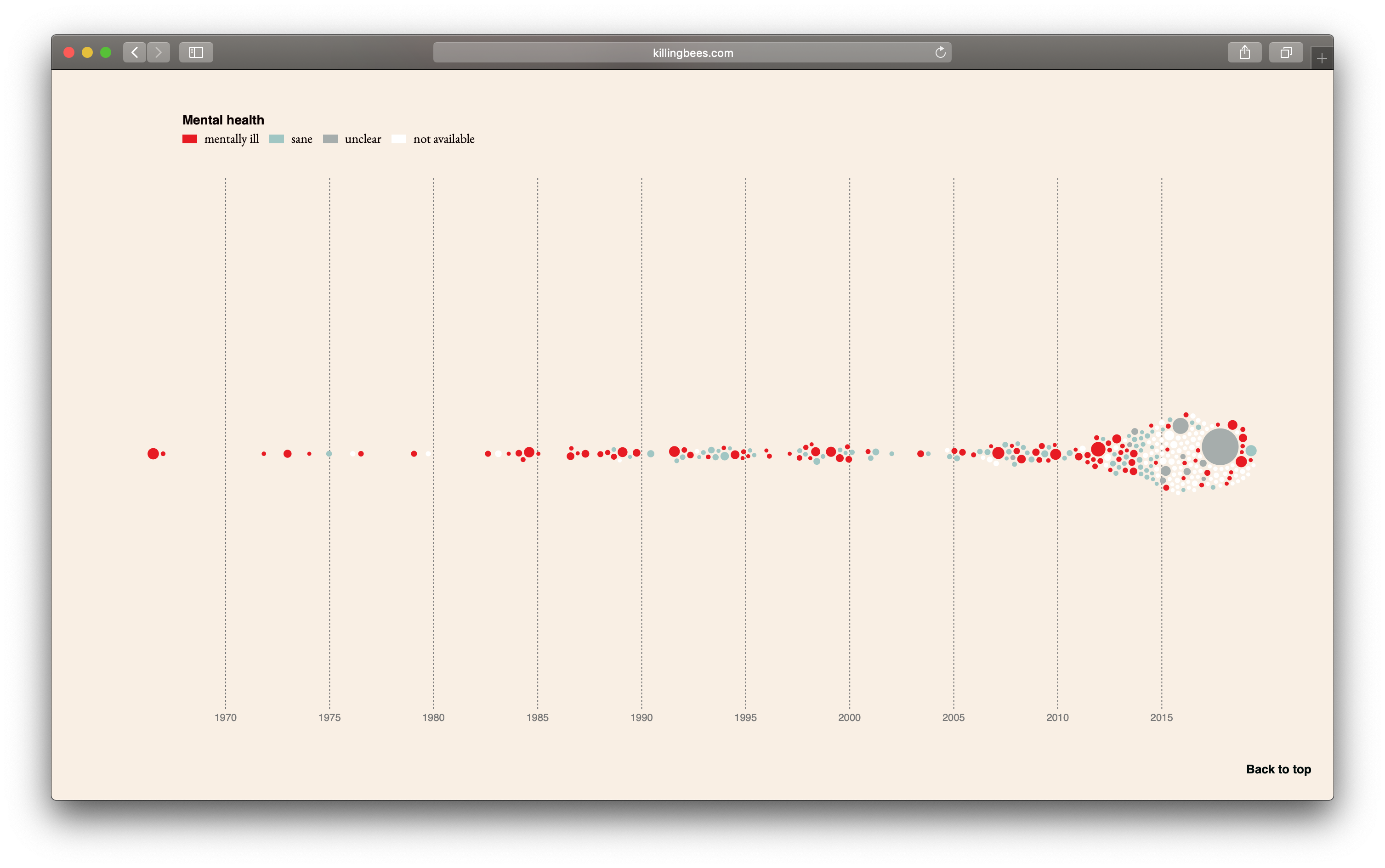 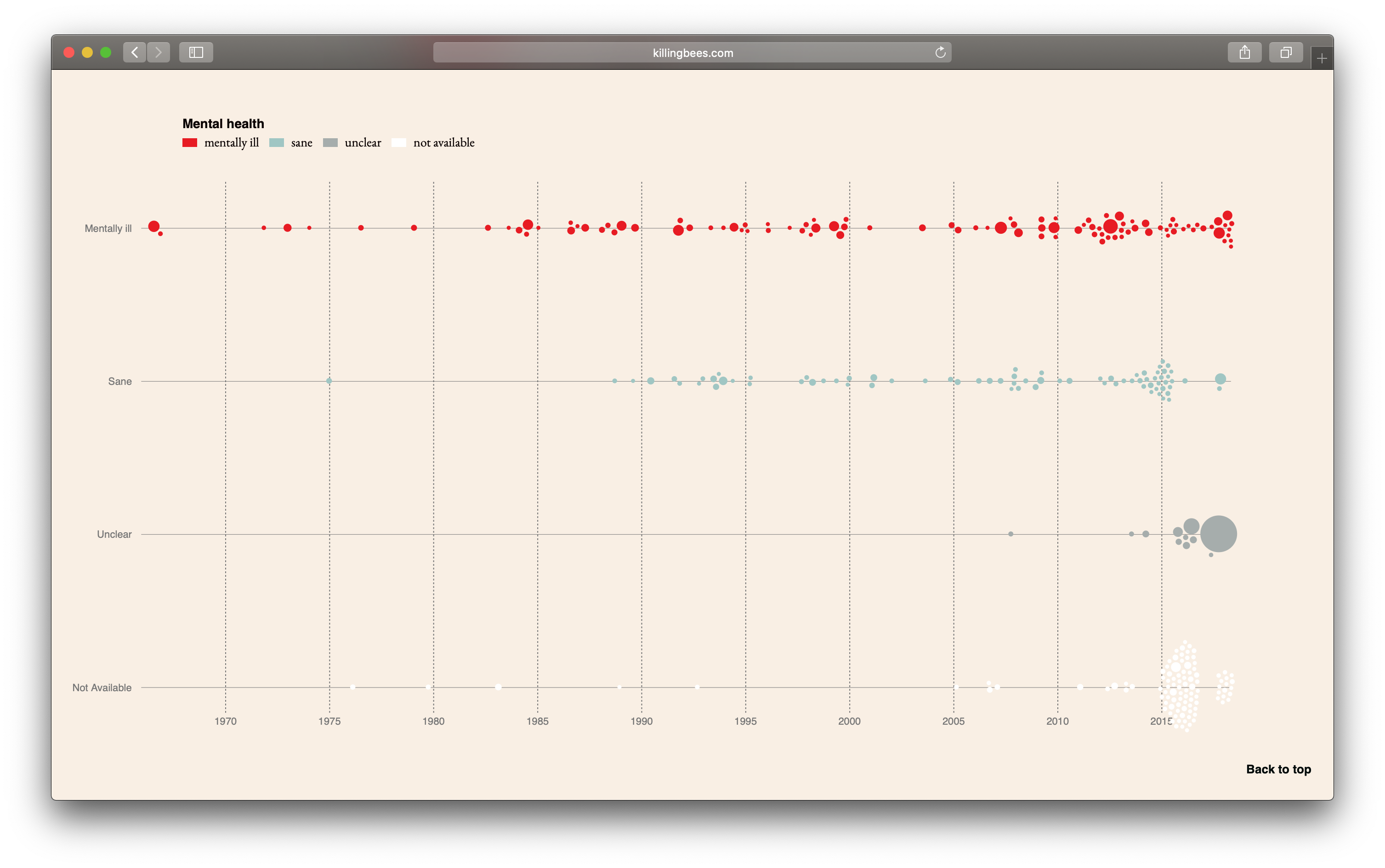